After owning a Sako TRG22 .308 for 2 years and shooting pretty well with it I thought it was time for a new rifle. I decided that I wanted to stick with FTR and was originally going to get the TRG re-barrelled to a 32″ 1 in 10 twist. However, I ended up selling it and approaching Dolphin Gun Company for a bespoke build.

Parts picked ready for the build.

I had a long chat with Mik Maksimovic and went through various options and with a deposit paid the build began. I decided on their Modular Rifle System with a 32″ 1 in 10 twist barrel with spiral fluting, a Barnard S action, Jewel trigger and a 20 minute rail.
Also went for the Dolphin Trakker bipod and lapped rings. The stock is Dolphins own design which they CNC themselves. 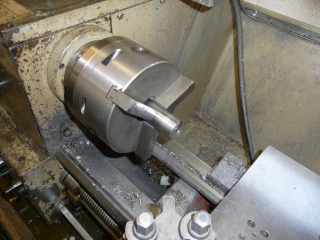 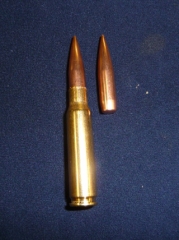 For optics I have gone for a Sightron SIII 10-50×60 bought from the lads at Dauntsey Guns which I have tried out on my SGC AR15 .223 and it is a stunning scope.

The throat has been cut to work with .308 Sierra Match King 200gr HPBT bullets and the 1 in 10 twist will stabilize them whilst the 32 barrel should give me the necessary velocity for 1200 yards.

Chambered and ready for proof.

I first saw the stock at the Bisley Phoenix meet on Fox Firearms stand. It is a lovely piece of engineering. 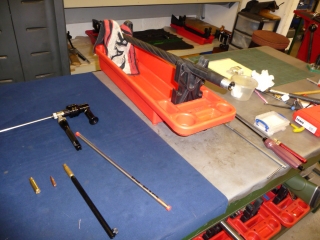 The barrel has been duracoated in black after being spiral fluted. Perhaps a little OTT but I really like it!

It is assembled and the head space checked.

Trigger is then fitted. 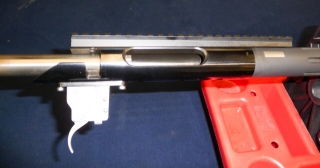 Here she is, all assembled, just awaiting scope rings, scope and bipod. 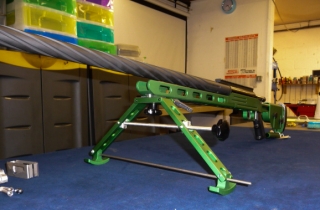 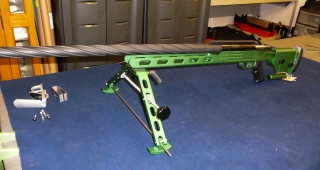 …Update 14/10/2012
First outing at Bisley on Century Range 600 Yards. Just shooting strings of 3 between cleans but once sighted in everything landed in the 5 ring. 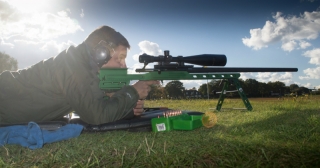 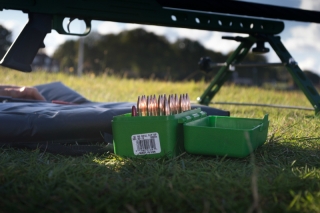 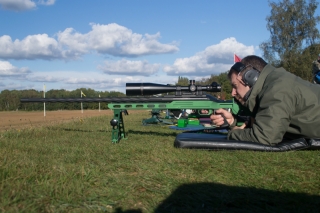 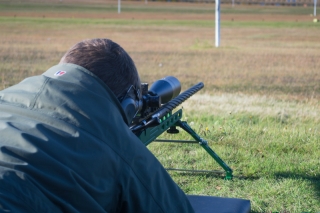 …Update 14/01/2013
So first club competition outing, 300 yards at Bisley on F Class targets.
I have not had chance to do any load development so had to go with a few best guesses.
Sierra 200gr MatchKing HPBT with 39.8gr of Vit n540 and an OAL of 2.965″ (calculations made using QuickLoad Pro software).
The weather conditions were very stable with a very light wind from 3 o’clock so all looked good for a good score and the rifle did not disappoint.
75.10 out of a possible 75.15… Very happy with that!